The Daykeeper is a planner/journal/datebook created by fellow creative, Katt San Juan, who is a wedding videographer at Mayad Studios. By traveling a lot, she has collected tons of inspiration and taken plenty of pretty photos— so it’s not hard to imagine wanting to share all of it with like-minded women!

Cultivating an attitude of gratitude, seeing beauty in the mundane, inspiring productivity, and growing in the faith are values that purposed the creation of The Daykeeper. Independently, Katt made this series of yearly datebooks starting at 2014. Being a fan of her work, I was only able to start owning the 2015 one.

Next year’s (2016) Daykeeper was on track to be the bestest datebook yet, so when Katt approached me because she liked the work I did for Friday Night Light’s “Open Table” poster, I of course jumped on the opportunity to help her with the marketing!

I had a blast crafting stop motion videos:

Send #thedaykeeper on the way to someone you love! Go gift someone (or yourself )with a pretty present in the form of this journal! They'll love you for it! 😊 Song : Send me on my Way by Rusted Root ( doesn't this song just take you back to the good ole days ?) order a datebook on www.thenarrowroadco.com

Discover #thedaykeeper 's newest neighbourhood on www.thenarrowroadco.com . We love Sydney! Check out these lovely guides by urban walkabout, which are dedicated to the neighbourhoods in the city. You can grab a datebook at @littlepaperlane at one of the Northern beaches, Mona vale. The shop is 😍🍰🍪☕️❤️🍉👊 #daykeeperneighbourhoods

Other than that I also helped put together the email newsletters, blog posts on TheNarrowRoadCo.com, and quote graphics for Instagram:

Some pictures from the launch at Heima Brixton, where Katt gave a short talk on creativity: 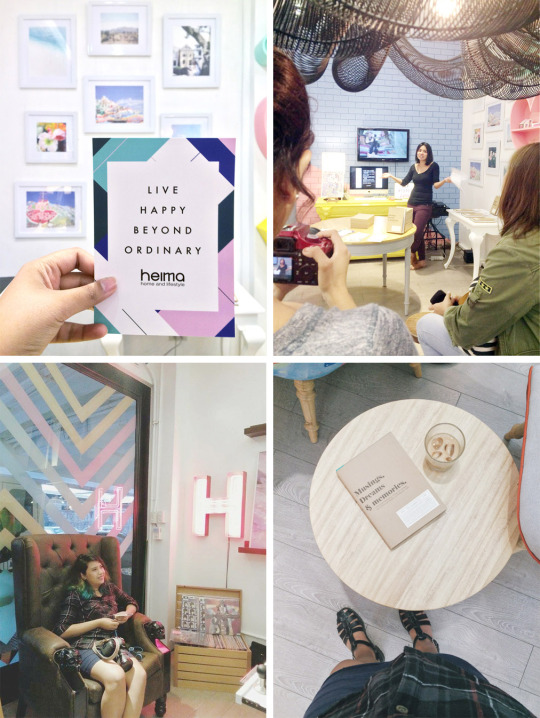 Setting up booths at two fairs

Since Katt was stationed in Boracay for the whole month of November, I stood in for her and manned a Daykeeper booth at the Guilty Pleasures Fair at Estancia Mall and Spectrum Fair Manila (with Sammy and Katt’s sister Jammy) at Whitespace.

P.S. Sorry this wasn’t much of a “process” post! I’ve only been filming snippets of me working on this on Snapchat, as well as other projects, so add me if you haven’t already! hannah.salla 🙂

Hannah is a visual creative and aspiring digital nomad based in Manila. When she's not pushing pixels, she can be found cuddling with her cat, chilling in cafés, or finding her next flight out. She enjoys tea lattes and making alliterations.

This site uses Akismet to reduce spam. Learn how your comment data is processed.

I'm Hannah, a 20-something graphic designer with a serious case of wanderlust. I love anything passion-filled and thought-provoking and generally being in awe of creation and the Creator. This blog is all about documenting that through creative pursuit, and traveling as much as I can with my third world passport. Read more?

This site is happily hosted by:

All opinions are my own; I will never recommend products or services I don’t personally use nor believe in. This site may also contain referral or affiliate links, which means that if you choose to use them, I may make a small commission at no extra cost to you. It helps keep this site up and running!